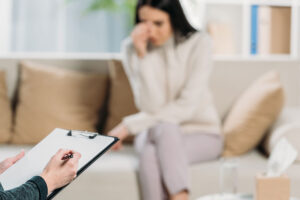 A couple months after I graduated from my psychoanalytic institute in New York City, I was gazing at a supersized bronze statue of Freud. He was sitting on a stonewall, one hand grasping a cane and the other holding open a book of dreams. My son and I were part of a group of high-school seniors and their parents on a campus tour at Clark University in Worcester, MA. Our energetic guide led us to the “Sit By Me” statue that commemorates Freud’s one and only trip to the United States. In his lectures to this small liberal arts college, Freud introduced psychoanalysis to America. When he pulled into the New York harbor, the story goes, Freud turned to his travel companion, Psychoanalyst Carl Jung, and said: “They don’t realize we are bringing the plague.”

I was hoping that our guide would drop some inside gossip about the legendary couple. Their friendship would crash and burn four years after this trip. Were they already getting on each other’s nerves during the Clark visit? Traveling with someone can do that. “This is Freud. He lectured at Clark in 1909,” she began, and then came the zinger. “His ideas are really outdated… But he embodies the Clark Spirit! And now let’s head over to the dining hall.” I grabbed my son’s arm and said: “The Clark spirit? He was bringing the plague!”

I guess I’m a little sensitive to the ways people dismiss psychoanalysis as if it has not evolved since the 1890s when it radically changed the way we view the mind. It would be like dismissing modern medicine because doctors once used leeches to cure ailments. Psychoanalysis is the oldest form of therapy and the most richly diverse, that has developed for more than a century. My own analyst, a loving, engaged and fearless woman, embodied the spirit of psychoanalysis. She joined me in making sense of my past so that I could have a different future. In her Brooklyn office, she gave me space to be with whatever arose. Even when I rattled on about a horrible boss, or used the better part of a session to build an angry case against my husband, I had her full attention. She stayed with me, guiding me into the depths of my psyche where we would discover the hidden vulnerabilities that I defended against, shadow parts of myself that blocked me from being more loving, and others ones that carried my most secret desires. My analyst didn’t pathologize my emotional needs, she responded to them. Her interpretations were sometimes brilliant and spot on. But what changed me was the abiding relationship that allowed for the “new” to breakthrough. My experience is not unique. Those of us lucky enough to come fully alive in a relationship with an analyst know its tremendous healing power.

So how did psychoanalysis get a bad rap?

Psychoanalysts like to blame our decline in popularity on insurance companies, CBT and big pharma. It’s harder to acknowledge the inside job – the ways psychoanalysis dragged its own reputation through the mud. Lew Aron and Karen Starr, in their book “Psychotherapy for the People,” describe how at its peak in the 1950s, psychoanalysis looked down its nose at its own theoretical breakthroughs, damning them as “not psycho-analytic.” Psychoanalysis in America “became arrogant, self-protective, self-serving and increasingly narrow and limited. Its strategy was to define itself in idealistic terms, as pure and classic,” Aron and Starr say. Behind this was “the need to protect the higher income and status of the psychoanalytic profession…. this narrowing definition – and along with it, of practice, flexibility and identity – led to the decline of interest in psychoanalysis.”

Psychoanalysis in America blamed mothers for their children’s schizophrenia, autism, learning disabilities. Behind every ailment lurked a psychological smoking gun. Psychoanalysis pathologized and hurt women, people of faith, people of color, gays and lesbians. Psychoanalyst Mark Blechner in his book “Sex Changes” says “Psychoanalysis has blood on its hands.” In its haughtiness, psychoanalysis dismissed large segments of suffering people as “unanalyzable.”

For its sin of arrogance, psychoanalysis deserved to be knocked off its perch. And this comes down may have been the best thing to happen to the profession. After psychoanalysis was kicked to the margins, its rigidified theories underwent a radical period of creativity and transformation. Critiques by feminist, queer, relational and racial theorists reseed-ed psychoanalysis. The once top-down enterprise was re-imagined as a collaborative process where two fellow human beings meet for the purpose of healing one of them. An impressive body of scientific evidence now shows that psychoanalytically informed therapy provides some of the most lasting effects in people’s lives. Unlike other therapies, psycho-analytic patients continue to improve even after the treatment ends.

Today there is not one psychoanalysis, there are multitudes. New shoots continue to poke through, even when they announce themselves as decidedly, in no way, Freudian. Psychoanalyst Jonathan Shedler points out that all psychotherapy is Freudian. Freud’s contributions are not outdated, they are just hard to see because they are embedded in our collective consciousness. In our everyday parlance, we often hear things like: “She’s got Daddy issues” “They are so defensive,” “He’s got an inferiority complex” “I wonder if I’m self-defeating.” These are all Freudian ideas. The concept that childhood trauma shapes our adult lives is Freudian. The recognition that the psyche is made up of multiple parts is Freudian. The insight that forces inside of us operate outside our awareness is Freudian. Even setting up regular meeting times is a Freudian construct. Freud taught us that when we connect the past to the present we can change troubling patterns. Seeing is the first step to shifting. When we tell and retell our stories, we liberate ourselves from the past. We find new ways to tell our stories so we don’t get told by them.

True, psychoanalysts are interested in what happened in childhood. But like mid-wives, we are most interested in what is growing inside our patients. Carl Jung calls this future incarnation the “telos” of the psyche. Psychoanalyst Marion Tolpin says these “tendrils of hope” point toward healing and growth.